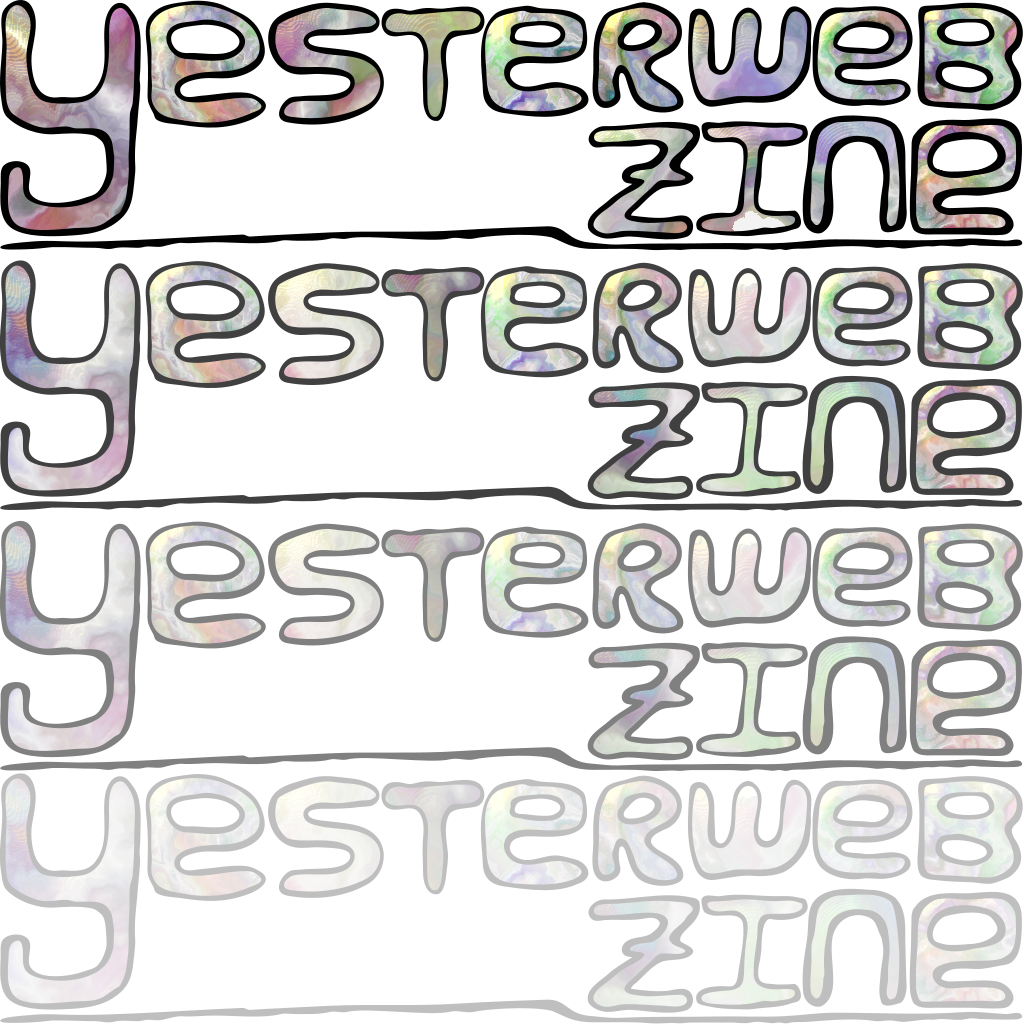 The Exploitation of Kids

It's no great secret that ever since there have been kids on the internet they have been exploited on websites that were designed for them. The first place that comes to mind is Neopets and how it was basically an online casino for kids. Couple that with ad sponsorships by the likes of McDonalds and you have a great marketing strategy.

Modern examples get much much worse than this as well. Roblox exploits kids by paying them to create content in a virtual currency that you need roughly a $1000 worth of before you can cash it out.

People may argue that platforms like Roblox and Neopets allow kids to be creative online. Neopets allowed for custom HTML/CSS in Neopets shops and Roblox allows kids to create entire games inside of it. But imagine if there was a place where kids could create without being advertised to, without pay schemes and online casinos- what would it look like? It would look a lot like Matmice.

What in the World is Matmice?

Matmice was a social networking platform made for kids. Created in 2000, it was specifically a web page generator where kids of all ages could create a single homepage of their own.

It was a unique space on the internet in 2000 because it was specifically geared towards kids- unlike sites like Geocities. But that's not all! It was also a self-contained webring! All homepages on Matmice were linked together into one large ring and you could navigate the ring by clicking 'Next Homepage'.

What was so special about Matmice?

Matmice allowed for advanced HTML, but it also had built in webpage building functions that helped kids make their own space on the early web. You didn't have to place an image with code- you could use a button for that! You didn't have to set a background image- they had a button for that too! Matmice came with it's own backgrounds and default images you could use too.

Matmice was also unique in that it automatically centered all of your content on the page. You could also only make ONE page. It wasn't like Geocities where you could make a website- Matmice was just for making your own Home Page. Or at least that was the way it was intended...

Matmice had default images you could use. You'll see similar images on many Matmice pages. 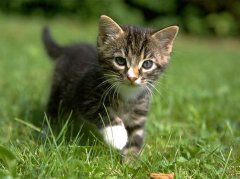 Matmice was largely adopted by young girls and it was not nearly as popular in the United States as it was in Austrailia, Canada and the United Kingdom.

Because they were made by children and were limited to a single homepage, many sites just had a kind of about me portion, a cute default image and a default background.

Many users also dumped their online quiz results, Matmice awards, shrines, etc. on the same page. Due to how Matmice centered everything by default these were pretty much just giant pastebins for kids.

Why was it called Matmice?

Probably the coolest part about Matmice is the origin of it. Matmice was created by three sisters Emily, Sarah and Elise (16, 14, and 10 years old). Kids kept asking Emily how she coded her Rugrats fan site. As you can see- that's where the name for Matmice came from! She and her sisters saw that other kids wanted to create their own sites so they started Matmice.

These were kids creating a social platform for kids in the early 2000's! That's amazing!

Here is a quote from Emily's Rugrat's fan site about Matmice on November 22, 2000

Make Your Own Homepage! This isn't related to Rugrats, but we thought that some kids might be interested in this news. I run a website with my two big sisters at MatMice.com which gives kids from around the world the chance to make their very own homepage on the web - for free! Click here to go and make your page!

Matmice closed it's metaphorical doors in 2008 due to multiple factors.

Matmice was designed to be a single home page for kids- but what happens when kids grow up? Naturally the same base that had contributed to the success of Matmice had grown older. As they grew older they wanted to make more advanced sites- with multiple pages.

But before people decided to move off of Matmice, it was extremely common for users to make multiple accounts. Imagine if you made a brand new account for every page on your website- things would get out of hand very quickly. Some users had over 30 different accounts for their pages- remembering the username for a specific page and the password associated with it became cumbersome. Why continue doing so when you could just move your site off of Matmice?

Multiple accounts means that 100 power users took up potentially thousands of accounts. Many users voiced their frustration with these issues and Matmice would often be 'busy'. When the site was busy you could not edit your site.

Trapped Illusions said this about the reason to leave Matmice:

Hey Everyone! I've decided to move to a new site... Basically, Matmice was driving me crazy! It was such a pain just to edit each individual page since you have to sign out and log in under a different name each time. At freewebs (where I am now) you don't have to. Plus, I've been working with freewebs forever and know how to use it. Plain and simple, I just like freewebs better. I know some people may not agree, but whatever. It's my own opinion. If you were a sister to butterflykisses and would still like to be one, let me know in my c-box at my new site! Lots of Love! <33 Hope you like the new site! Trapped.Illusions

I had a Matmice. It was my first leap into real HTML/CSS. I had used a few scripts on my Neopets Shop- but Matmice was where I finally had a real place of my own.

But it's not just me

Take a quick glance at the #Matmice page of Tumblr and you'll see it wasn't just me that cut their teeth on web design on Matmice.

The effects of the corporatization of the internet has dealt kids a losing hand. Without ways to monetize kids without parent's paying for subscriptions, and with the dubious ethics of advertising to children- kids are left with nowhere to go.

Social platforms usually have age restrictions and the places that kids do end up on are usually not made for them. The spaces that kids do meet online are usually proprietary spaces, platforms are made to exploit children- to keep them coming back to the platform later in life either via nostalgia or due to an addiction to currencies or the space they've created. Places like Roblox, Minecraft and Fortnite are not true tools of creativity.

The artist does not need a subscription to paint their work of art- merely the tools to do so. Minecraft and Roblox benefit off of the creations of kids. Multiplayer games that kids are drawn to like Fortnite don't allow kids to express themselves outside of the constraints put in place by the game.

Matmice was revolutionary. It was an empty canvas that was simple- it's userbase grew out of the simplicity and wanted more. That's the evolution of the internet. It might seem like a sad end to a place of creativity- but really it was the beginning of a new stage of creativity.

See- when kids are frustrated because their blank canvas isn't big enough- that means they've grown. Kids may get bored of Minecraft, Roblox or Fortnite- but the rules were already in place- the lines were drawn- and kids can just paint the numbers. There is little growth to be had.

So What Options Do Kids Have Today?

Just try searching the web for 'free websites for kids'- you'll find ways that YOU can make a website for kids. When did the term website become a product to be bought and not a thing to be made?

I did find a site marketed as being a website builder for kids- but wouldn't you know it's not free and is still too complex for the average 8 year old. The top list of website builders for kids are Wix, Squarespace and something called SITE123. Just one look at these websites and you can already see these were not made with kids in mind.

Also just look at this 'testimonial' on a SEO-riddled review of Wix and Squarespace:

8-year-old Karen had lots of fun using all the website builders on this list. They all come with kid-friendly site editors and simple tools kids can figure out on their own.

First of all- nobody is naming their kid Karen - you're already lying. Second of all- who wants just another boring landing page- with the same colors and fonts and stock images? That's right- not 8-year-old Karen.

As a father, I want my daughter to be able to create her own website. I also want her to be protected from the awful content out there in the world. Neocities is amazing, but it's far from moderated for content. Sure she could use something like Hotglue.me, but that's not the point- these weren't made for her.

Something BIG happened around Valentine's Day of 2007. But you didn't know about it. For some reason a bunch of sites on Matmice were archived for posterity by Alexa Crawls (alexa.com) - but the archive is still in a sad state.

As with any old site repository, links and images may be missing- but try to focus on the words and less on the graphics. Using Sadness' Web Surfer you can browse a few of my favorites!

Hint: filter the results by text/html to see sites.

So What Do You Suggest?

We need spaces made for kids. They need to be safe places for children- properly moderated and easily accessible. We need a Neocities for kiddos to explore and thrive. See- Matmice wasn't just a webpage builder- it was a webring too and it was ran for kids BY kids. I can only imagine moderating a website like Matmice, especially today.

There are lots of resources for kids on the internet about teaching them not to give out personal information. That's really good- but the only way to learn to properly exercise those skills in moderation and judgement is by actually applying those skills! Where would I rather my daughter learn not to give out her phone number on the internet? On tiktok or on Matmice? I think the answer is pretty clear.

I unfortunately recommend having kids create a website from scratch on a local computer. There are just no safe spaces for kids to properly create online and until someone attempts to create another platform it's going to be that way. A site like this would have to be a hobby- not a business.

I would attempt to create such a platform but my skills are not great enough to do so.


This article was created by Auzzie Jay